Is There Such a Thing as “Addiction” to Clutter?

Clutter can be an overwhelming problem for many people.  When a speaker asked for a show of hands from people who had problems with clutter, nearly half the audience raised their hands!,

In my own life, I have a child who struggles with buying things when they are feeling down, and it always leads to feelings of overwhelm when they step back and look at their space.  Yet, X is unable to part with a single thing, even when an object is clearly broken.

Why? Why is the “stuff” so powerful that one would want to be surrounded by it and wouldn’t want anything to be thrown away?

It definitely seems that there is such a thing as “addiction” to clutter!

The underpinnings of addiction sometimes involve fear.  Fear is a powerful motivator in some instances, but when someone with an addiction to clutter looks at their space, they don’t see clutter.  They see safety and value in every single thing in their home and the thought of parting with even a single item can reduce them to rubble.  They often fear feelings of loneliness or helplessness, and can be consumed with worry and emptiness.  The clutter often gives them a feeling of control over their space and life, and they don’t view the clutter as a problem.

With older people who have lived through the Great Depression, there is almost always a fear of not having enough, no matter how much they do have.  It gives them a safety net should such a thing ever repeat itself.

As a young parent, X found that buying bags of baby clothes from sellers on Facebook Marketplace brought feelings of safety and security that they could clothe their  children.  Unfortunately, the clothes only complicated X’s life more in that the clothes needed laundering and sorting, which X did not feel they had time to do while X was busy parenting.

This lead to piles and piles of unlaundered clothing, strewn about an already cluttered living room, with no relief in site. Why didn’t X just resell or donate the extra clothes? They made X feel safe and they couldn’t see the negative effects on their life that other’s could clearly see.

When someone doesn’t feel safe inside, they try to make their outside world feel safe and clutter helps them do just that. They feel safe inside the piles and it is as if they have built a physical fortress around themselves to prevent them from being hurt.

Whether it is objects such as clothes or newspapers, those who tend toward an addiction to clutter do not trust that they will have the tools they feel they need if any of their items are removed.

So how do we start to heal an addiction to clutter?

First we have to recognize that clutter is created by feelings of being wounded or frightened.

Second, we have to remember that the illusion of having control over their space is a very powerful influence. And it will take time to help the clutterer overcome these internal reactions.

Third, as long as the wounded self is in charge, clutter will continue to accumulate to maintain the illusion of being in control.

The healing process starts when the individual is willing to start doing the inner work that is necessary to develop a strong, loving attitude towards ones’ self.

Only then can a clutterer step back and objectively evaluate their surroundings and begin the decluttering process.

When we approach clutter from the inside out,  as Julie Morgenstern taught us, we can help our clients achieve the results they want for their space and their life.  And that is the first step toward taming their addiction to clutter.

Is It Your Mindset? How Your Thinking Can Directly Affect Your Success in All Areas of Life

Do you ever look around and wonder how other people succeed in life and you just feel like a failure? You don’t understand why you can’t get a better job, make more money, be happier, more confident and have better relationships. You tend to blame everything from your...

Living in Lack: 5 Areas of Your Life A Scarcity Mindset Can Sneakily Hold You Back

A scarcity mindset will have you believing in limits. Time is limited. Money is limited. Even you are limited at what you can accomplish. It’s like putting blinders on to everything good in the world and focusing only on the lack thereof. However, if you’ve never been...

This site uses Akismet to reduce spam. Learn how your comment data is processed. 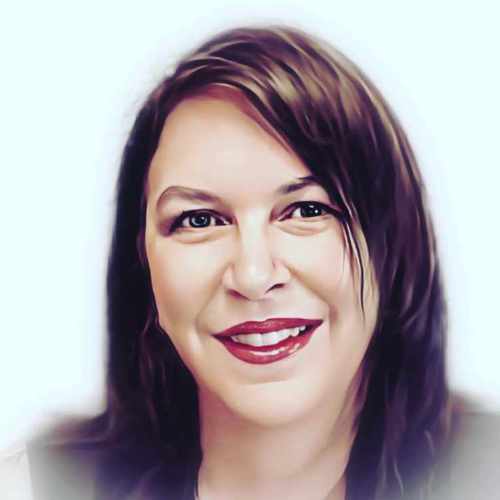 I also share tips every Tuesday to help you get in the groove of creating a more simple life!

GET IN TOUCH
ABOUT ME
READ THE BLOG

Get hot simplifying and organizing tips in your inbox!